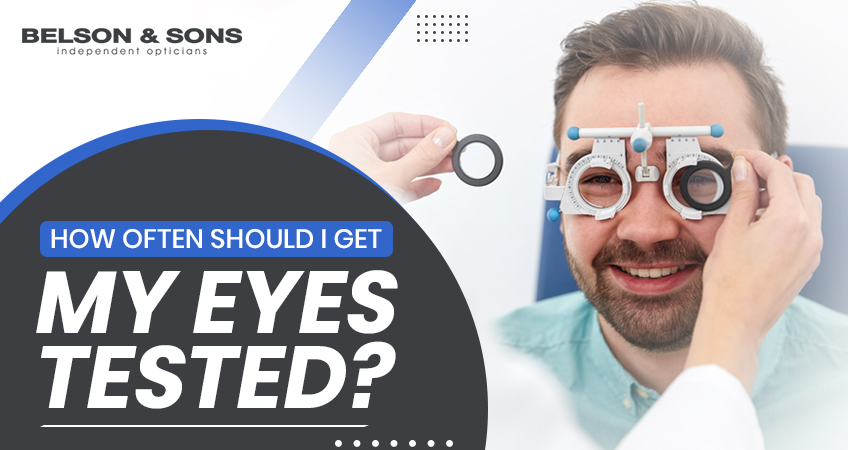 How Often Should I Get My Eyes Tested?

Looking after one’s eye health is a centrally important part of taking care of your overall well being. Having poor eyesight and doing nothing about it only means that it is likely to get worse. Not only that, but you are also more likely to suffer other related issues too, such as headaches and problems concentrating. It is therefore wise and prudent to ensure you are getting your eyes tested regularly.

How Often Should You Get Your Eyes Tested?

In order to ensure you are getting your eyes tested properly, you need to make sure you are testing them as often as needed. In most cases, this is going to be around two years – and the general rule of thumb for most people would be not to leave it any longer than this. As long as you get your eyes tested every two years at least, you should be on top of any changes, and you can take any appropriate steps you might need to take in order to fix them as needed. 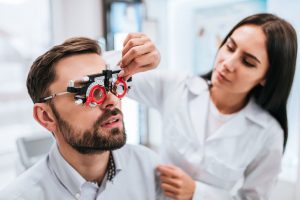 Adults should, in general, have their eyes tested once every two years. This number might change if your optometrist identifies a significant problem with your vision and wants to ensure that you are staying on top of it. They might recommend that you visit for a check-up once a year instead, or even once every six months, although that is much rarer. But if all is well, and you haven’t been told otherwise, you should stick to the two year figure. 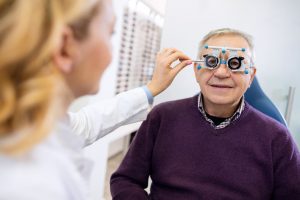 The elderly should generally go to have their eyes checked a little more often than that. For most elderly people, the rule of thumb would be about once a year, rather than once every two years. That’s because the older you get, the more likely you are to have experienced at least some degree of macular degeneration, or a range of other issues related to the eyes. Going once a year allows the elderly to stay on top of these issues and to get the necessary help for them when needed. 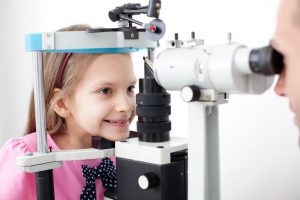 For children, it is similar to the rules for the elderly. Those under the age of 16 should ideally get their eyes tested once a year, rather than every other year. In children, you can often spot early signs of visual issues which might become more important or pronounced later on. Going once a year means being more likely to catch these signs early, and therefore the optometrist can recommend the right corrective treatment at the right time.

How Long Does An Eye Test Take?

The answer to this depends on the individual. Those with more issues or where the optometrist has noticed something that might need a second opinion might take a little longer. But for a healthy adult with no issues, you can expect an eye test to take around 20 minutes on most occasions.

If you are a little older, or you have other conditions such as high blood pressure, diabetes, glaucoma or other problems, then you can expect the test to take a little longer usually. In each case, the optometrist will take care to ensure that you are receiving exactly the amount of care you need. On rare occasions, that might include being referred to a different doctor.

What Can An Eye Test Detect?

You go to have your eyes tested to check out your vision, of course, but that’s not all that the optometrist can uncover during a standard eye test. In fact, you might be surprised to hear that there are many underlying health concerns which can be uncovered through a normal eye test. This is one of the reasons you should always ensure to keep your appointments and go for regular eye tests.

Specifically, an eye test can detect the whole range of eye problems you might have: glaucoma, cataracts, macular degeneration, and so on. But at the same time, it might uncover evidence of diabetes, hypertension or high blood pressure, certain autoimmune disorders, high cholesterol and other related issues. Sometimes, an eye test might uncover an eye tumour too, although it is rare for this to happen. Of course, it’s good to know that this will be spotted if you do have one and you go for your eye test.

If you would like to find out more, or you wish to book in a new eye test, don’t hesitate to get in touch. Just contact Belson & Sons Independent Opticians today on 0800 980 34 64.

Great friendly staff, expert services, completely satisfied with the whole experience and it's nice not to be rushed in and out like the big chain stores. Highly recommended.

First class professional service, all the staff are very courteous and helpful. Would heartily recommend Belson & Sons to all who expect the best in expertise and care.

I have been using Belson & Sons for around 30+ years, the staff have always been polite, friendly and courteous; the opticians are very professional and thorough.

I wouldn't go anywhere else. I have been going to Belson & Sons opticians for 21 years and I would recommend them to anyone who wants to see an optician.

I have been using Belson & Sons Pitsea branch for years now and would not dream of changing. The examination is always thorough and the personal service is exceptional.

I was always made to feel welcome, and felt as if every attention was being given to the care of my eyesight, unlike my (limited) experiences with some of the national chain opticians.

your Eye Health is our priority. speak to the experts